The Lattice Boltzmann equation Method (LBM) is an alternative approach to the classical Navier-Stokes solvers for fluid flow and works on an equidistant grid of cells, called lattice cells, which interact only with their direct neighbours (He & Luo, 1997). The fluid domain is divided into a rectangular grid or lattice, with the same spacing ‘h’ in both the x- and the y-directions, as shown in the figure. Multiple Relaxation Time (MRT) with Large-Eddy Simulations is used to model turbulent behaviour at high Reynolds number. 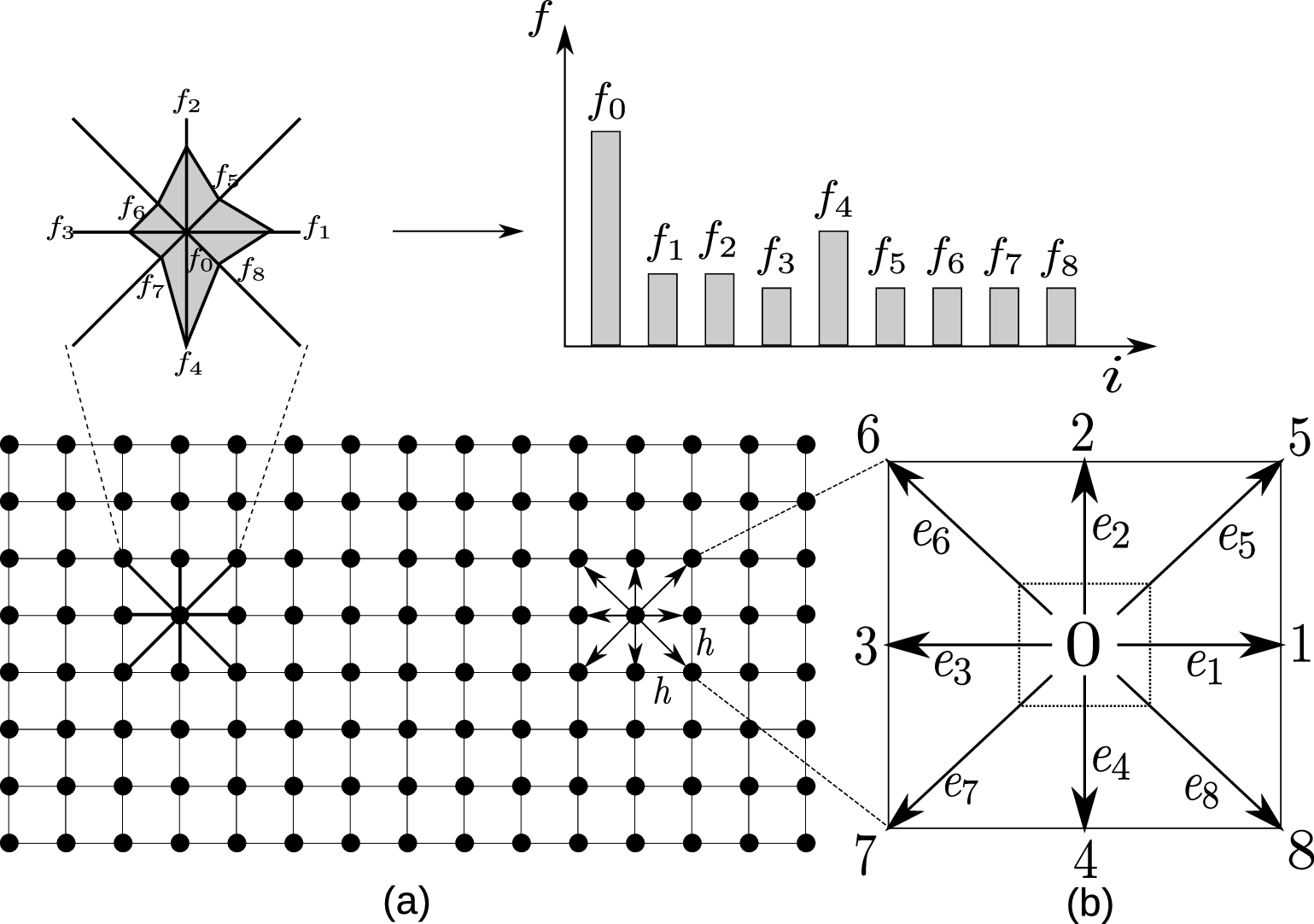 Lattice Boltzmann approach can accommodate large grain sizes and the interaction between the fluid and the moving grains can be modelled through relatively simple fluid – grain interface treatments. Further, employing the Discrete Element Method (DEM) to account for the grain – grain interaction naturally leads to a combined LB – DEM procedure (Kumar, Soga, & Delenne, 2012). The Eulerian nature of the LBM formulation, together with the common explicit time step scheme of both LBM and DEM makes this coupling strategy an efficient numerical procedure for the simulation of grain – fluid systems.